Recently I got a L110 resistance decade box made by METRA Blansko, in former Czechoslovakia. Unfortunately something was rattling inside, so I had a quick look inside to remove the offending part - it was a small metal nut that had fallen inside, probably during some previous disassembly. Full view of the device

The unit is specified as 0.1%, however, measuring the device revealed that several ranges were out of specification. The 10x and 100x are a little above spec (max error around 0.18), the 0.1x are off by a fair amount. The other ranges, particularly the x1000 and above are very accurate (max error of 0.04%). The device is fairly accurate, when considered that it's probably older than me 🙂

The multimeter (Agilent 34401A, checked against a regularly calibrated instrument) was nulled against the 0Ω reading (when the device was set to 0Ω) and the resistance was measured by the 4 wire method. While I had it opened, I took a few pictures. Enjoy. 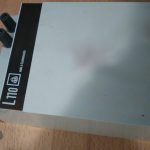 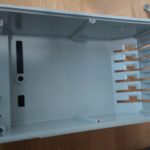 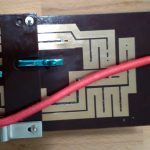 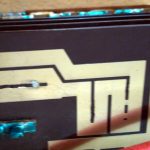 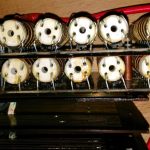 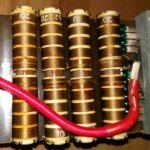 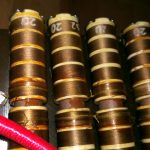 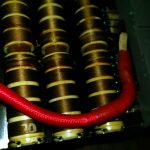 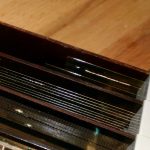 Other side of low resistance boards 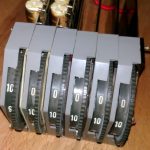 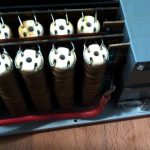 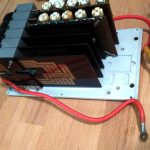 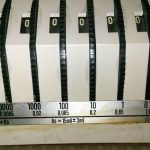 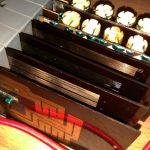 Side view of inside 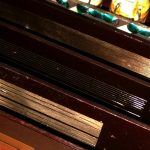 This entry was posted in Measurement tech and tagged resistance, teardown, tesla, vintage. Bookmark the permalink.